Log in Register
What's new
The Grenadier Forum
Register a free account today, you'll be able to post, access to the Technical section of the site, access the classified ads, and participate in group buys as well as other benefits. If you are an INEOS Agent/Dealer please contact admin@theineosforum.com for a commercial account. Unsolicited sales by any 3rd party are strictly against the terms and conditions of the forum. If you wish to be a registered vendor or partner then please contact admin@theineosforum.com for further information.
You are using an out of date browser. It may not display this or other websites correctly.
You should upgrade or use an alternative browser.

Exciting times, cant wait for 18th May to set the ball rolling.

Still contemplating on leather seats (Cloth ones look great) but no safari windows with the sun beating down here.

If your gonna offroad it, I'd spec standard flooring and carpet mats, best of both worlds
A

Thank you! I was thinking about it as I was not sure if you get the drain valves if you carpet the floors.

I am an absolute novice in off roading and really enjoying the discussions on this forum. Thanks everyone.

I also live in Cairns. I have been sitting on leather seats in my Discovery 2 for 15 years. They are excellent, on and off road, in all weather. I am getting leather seats and a rubber floor.
A

That's seal's the deal. Thanks Dave!

I'm Sydney based but planning the move at the end of the year. Can't wait to do the creb track with the boys in hopefully a new Grenadier

Btw Can you upgrade to leather seat without Safari windows?

Great going!
Yes, you can option the leather seats for $3030 approx according to the catalogue.

What's the opinion of a black roof in Cairns?
A

I currently drive a black Mustang and haven't noticed any difference. Rather than the heat it's the humidity which kills us in summer.
I am going to order Granediar in solid black (looks majestic) with no contrast roof.

I am going for the Safari windows and will get a dark tint applied. My current car has a full black glass roof in QLD and no problems at all with the sun and heat. Of course it means I can’t put a full roof rack or roof tent on but I wasn’t planning to. My grandkids are going to go nuts for standing up and looking out the roof.

I like the idea of dark tint on the Safari roof. I'll need to look closer into the options, as I also want the option of fitting a Rooftop tent,  so need to assess to see which would allow the tent and undisturbed access to the Safari windows.  All these decisions to make before ordering.. how fun.

Has anyone from/near Cairns contacted the local dealer who'll be supplying the G. I'm in the process of moving up from Sydney, have just bought a house (yippee)and now need to consider a change of dealer from Sydney to Cairns?
B

DaveB said:
I am going for the Safari windows and will get a dark tint applied. My current car has a full black glass roof in QLD and no problems at all with the sun and heat. Of course it means I can’t put a full roof rack or roof tent on but I wasn’t planning to. My grandkids are going to go nuts for standing up and looking out the roof.
Click to expand...

Dave, I remember in my Army days we did a temp test in the Simpson Desert comparing the temperature in/under a white coloured Flying Helmet compared with an Olive Drab coloured helmet. The white helmet was 7 degrees cooler I seem to remember.
Just for info
Les Hiddins AM
Bush Tucker Man

So I can only drive my inky black roof IG in the shadow of a giant weather balloon, actually I'm in the UK, I'll risk it!

I remember this test from a German automobile club: 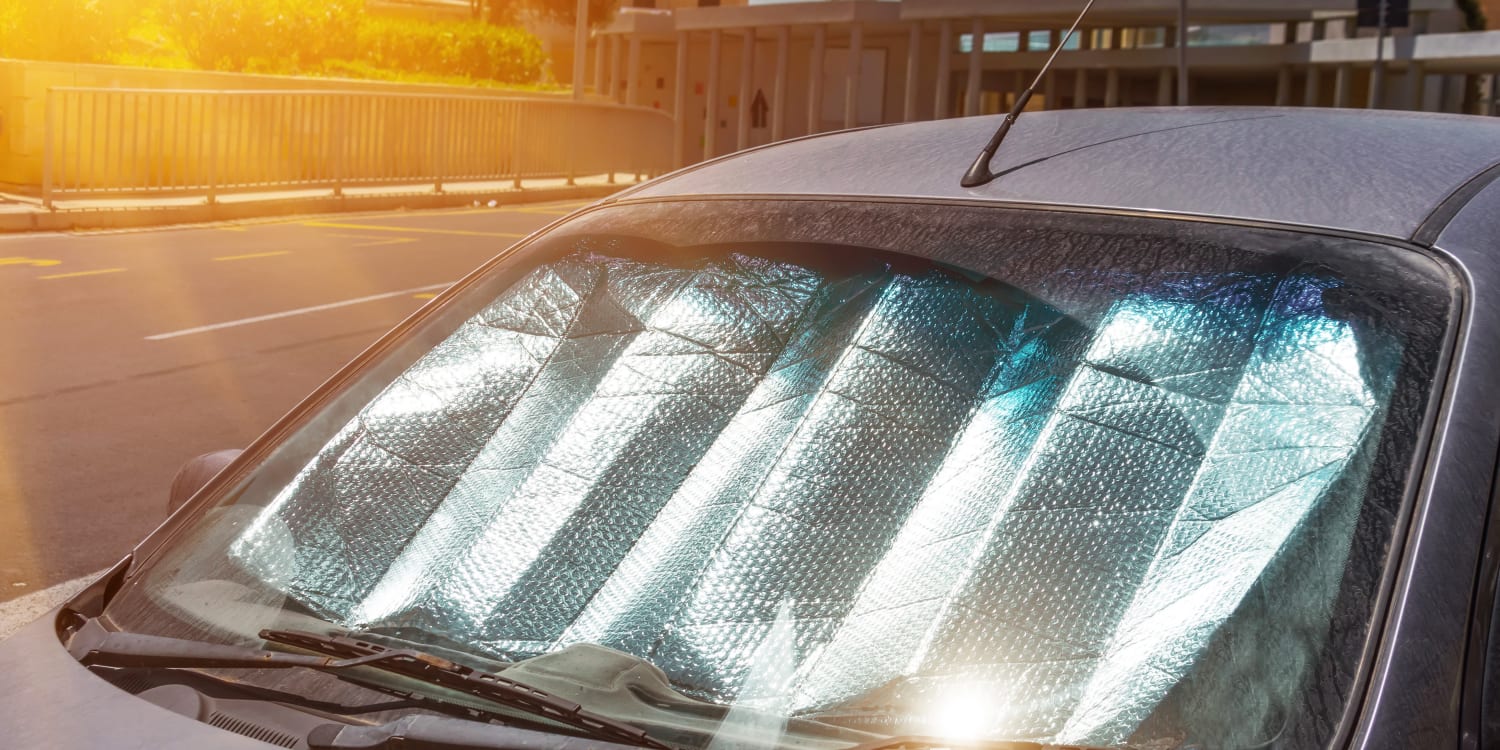 Here is the translation from deepl.com. You might have a look on the grafics in the link. One very intersting pint you find in the last sentence!

The interior of parked cars can heat up very quickly in sunny locations. Temperatures of 60 degrees in the vehicle are then not uncommon. But what really helps against the heating? The ADAC technology experts have found out.

-Surfaces in the vehicle can become red-hot without protection

In any case, sun protection accessories for cars promise relief from hot, summer temperatures and help reduce the amount of heat generated inside the vehicle. In a study, engineers at the ADAC Technical Center in Landsberg am Lech, Germany, tested what helps best against heat buildup. To do this, seven vehicles were equipped with appropriate sunshade accessories, parked in the sun and the temperature development in the midday heat was recorded.

Why sun protection for cars helps in the heat

As the graph shows, the reference vehicle heated up to 53 degrees in midsummer weather without any other measures. The tarpaulin (half-garage) showed the best effect. With its help, it only got to 43 degrees inside the test car. The sun protection film applied on the outside provided a satisfactory solution (45 degrees). Applied inside, the sunshade (49 degrees) and the white cloth on the dashboard (50 degrees) had the least effect.

"Half-garage" protects best
The best sun protection for a car parked in the sun is offered by the tarpaulin or so-called half-garage, as the vehicle interior is protected all around from the sun's rays and thus cannot heat up as much. In the ADAC measurements, the temperature in the vehicle under a half-garage was a considerable 10 degrees lower than in the car without sun protection measures.

Interior sunshade: Better than nothing
A sun visor that can be fitted inside the car also reduces the amount of heat generated in the car. However, only by four degrees compared to the reference vehicle without a sun visor. Moreover, the sun visor only offers an effect against heat if it corresponds exactly to the size of the interior window. This is often not the case and the effect is therefore even smaller.

Tinting film: Surfaces stay cooler
The situation is similar with window tinting - an optional extra for the window surfaces from the B-pillar onward. Tinted windows reduce heating in the interior by only two degrees, but the surface temperatures on the rear seat bench show a clear effect. Without window tinting the temperature is 57 degrees, with tinting it is only 48 degrees. This is a noticeable difference, especially for children and infants - even during a longer trip.

Why light-colored cars heat up less
In a test scenario, ADAC engineers also specifically checked the paint temperature of a white and a black car. The result: The color of the car's paint makes a small but definitely noticeable difference to the temperature inside the vehicle. The surface of the black car heated up to a paint temperature of 65 degrees in the midday heat with the sun high in the sky, while that of the white car was only 44 degrees.

What is the reason for this? The more radiation an object can absorb, the more energy it can absorb. This energy can then be converted into other forms of energy, such as heat. A black car therefore absorbs much more radiation and thus stores much more energy than a white car. So, all things being equal, a black car will be warmer than a white car. The measured interior temperature of 53 degrees for the black car represents a tangible difference from the measured 48 degrees for the white car.

By the way: Heated dark surfaces in the interior in particular contribute significantly to the heating - more than the vehicle paintwork itself.

> Heated dark surfaces in the interior in particular contribute significantly to the heating - more than the vehicle paintwork itself.

That's what I have been preaching since 1871.

emax said:
> Heated dark surfaces in the interior in particular contribute significantly to the heating - more than the vehicle paintwork itself.

That's what I have been preaching since 1871.
Click to expand...

It’s the date of the revolution in Germany. It was then when he changed his opinion regarding dark interiors of the common cars of that time 🤔